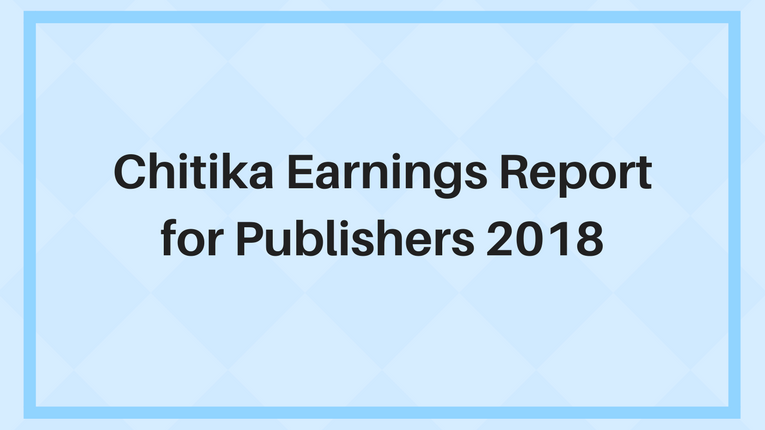 About The Ad Network

Chitika is a well known ad network that serves banner ads to publishers and advertisers. Chitika serves thousands of ads to around the world and has a huge customer base. A website with less traffic are the one who actually get benefitted by Chitika because this network will act like a premium ad network and will show quality relevant ad. Chitika serves  It displays online advertisements in the form of audio, images, and video through rich media or banner ads. It also serves in mobile so it is one of the leading Ad networking firm in both mobile and local advertising. Chitika let’s the publishers and advertisers to gain revenue from click and conversion both.

Chitika pays on  CPC model, which means they pay the publisher on each click. It uses display and in-line text forms of advertising.  And they also offers its publishers a number of ad types and formats to choose from and could be used in conjugation with other ad networks to gain a better return on investment.

Chitika gives a low CPM rate range from a few cents to USD 3 per 1000 ad impressions. The CPC rates vary between 3 to 50 cents per click. But Chitika gives a lower fill rate than the other ad network. And it works better for tier 1 traffic which means based in USA or Canada. And the ad type in Chitika is based on what the visitor is typing and not the content of the site; so there are times when the ad is not relevant to the visitor and it does not lead to conversion.

The minimum payout threshold for payment through PayPal is USD 10 and through cheque is USD 50. They use a NET 30 schedule for paying the publishers. So the publisher can take the money once a month if the minimum threshold is reached.

They use Paypal, Bank, and Wire Transfer.

Here is the payment proof of Chitika. Chitika was one of the top AdSense alternatives in the initial days of online advertising and Adtech. However, with the passage of time, this network has failed to update its technology and is one of the old giants in the industry. In fact, a majority of the publishers are signed up with this network, however, they don’t use their ad codes since the network pays poor CPM rates.

Hope this article was helpful in discussing about Chitika Earnings report. However, the data is from 2013 since now the network doesn’t offer good CPM rates and hardly anyone use it.